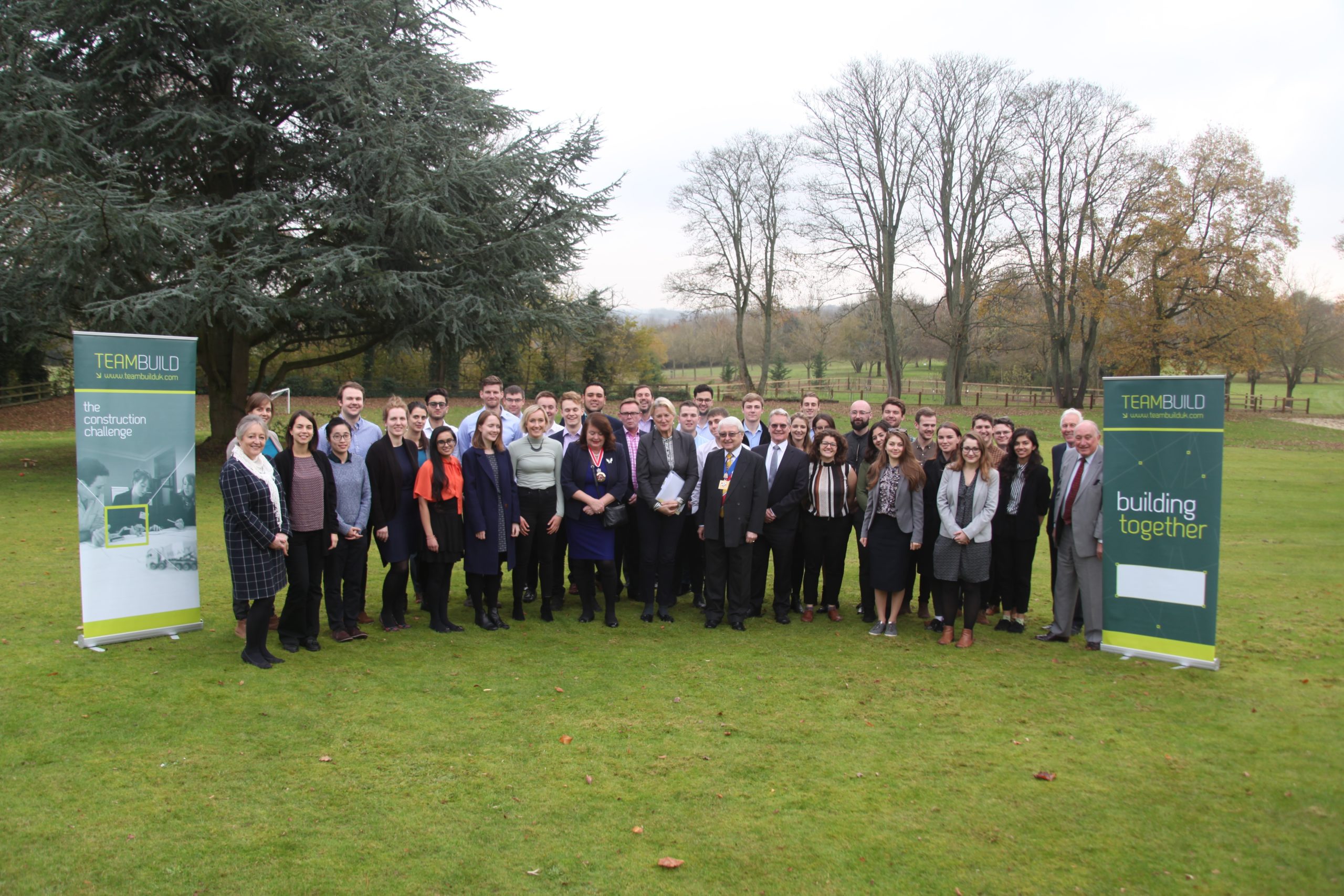 Teams and judges at the Teambuild 2019 competition

The popular UK construction industry competition Teambuild UK took place from 15th to 17th November 2019 with some unexpected events when it came to announce the winners.

Once again this annual construction industry competition in the UK enjoyed support from major industry bodies including the Chartered Institute of Building (CIOB), the Commercial Education Trust (CET), the Worshipful Company of Constructors (WCC), the Worshipful Company of Chartered Architects (WCCA) and Future Designs.This year saw a wealth of talented competitors with six teams representing 11 major construction companies and consultancies around the UK.

“We know to expect some of the most focused, talented and motivated professionals in the construction industry, as participants,” says Richard Brindley who represents the charity. “This year was no exception and we were incredibly impressed by the high quality of the ideas and presentations. As always, the teams were tasked with taking on the design development and construction of a complex project which would take several years to complete in the real world, but condensed in the Teambuild competition into a highly accelerated weekend of intense activity and training.

“Individuals are expected to work together as multidisciplinary teams, when many have never met before. We also throw in unexpected but realistic challenges, such as Extinction Rebellion protesters taking up residence on their site, or burst sewers or collapsing buildings and see how they react.”

This year’s construction industry competition was based on a real current project: the Milton Keynes University (MK:U) for Cranfield University and Milton Keynes Council. The MK:U project was to design and implement a £188m (c61,120 sqm) Phase 1 Business & Entrepreneurship faculty campus on a city centre site in Milton Keynes, which is due to open in Summer 2023.

“We chose this project because it is such an interesting concept of creating a new university focused on artificial intelligence and advances in information technology,” explains Richard Brindley. “It is also complex, involving residential, retail and academic spaces and involves an ambitious partnership between the MK Council and Cranford University. As it is a real project, as always, there is a sense that you can ‘feel it, touch it, see it’.” 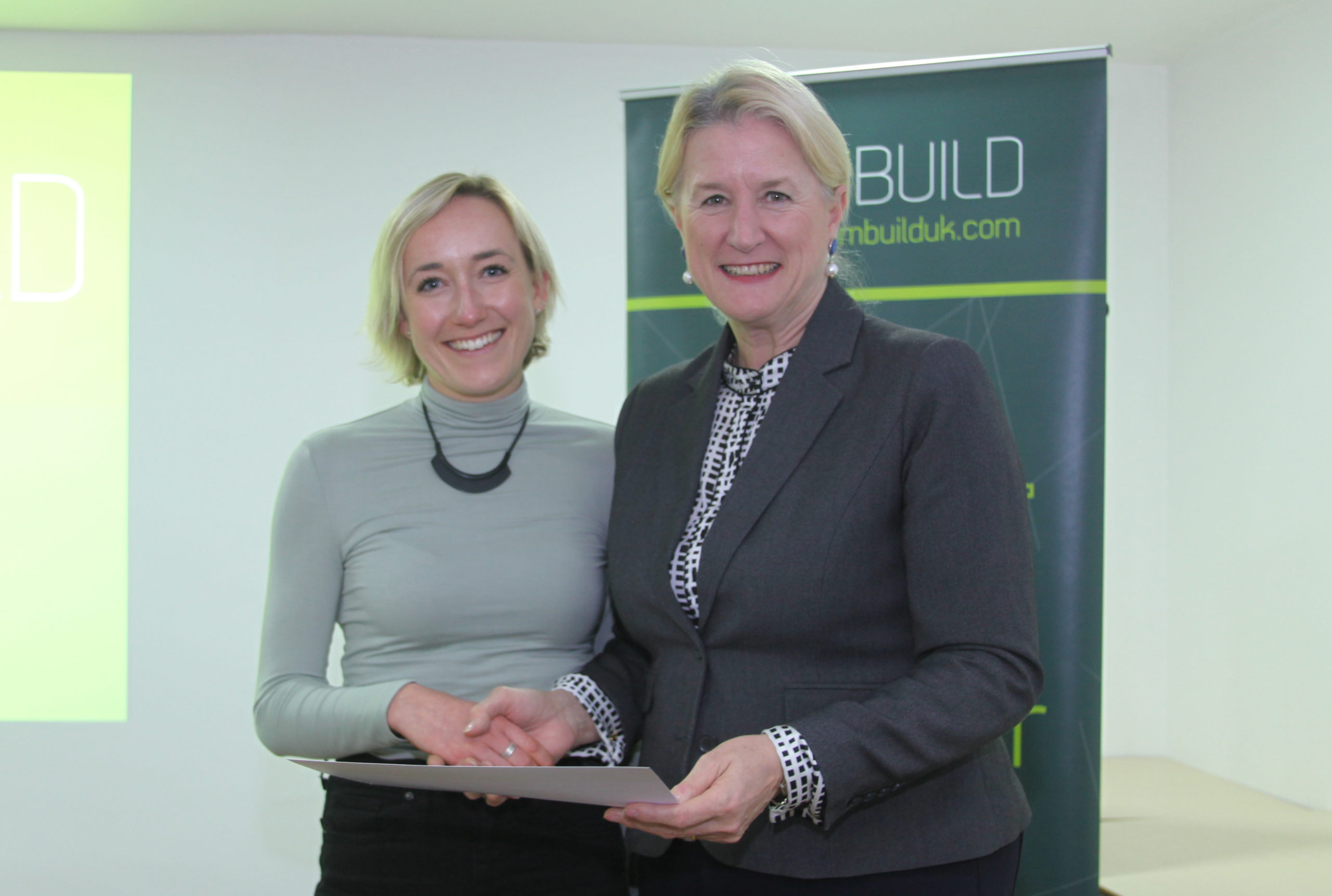 The winning team, Design and Conquer, with team members from a diverse range of companies (Weston Williamson, WSP, Costain) and disciplines excelled against a strong field, and were awarded a cash prize of £2,000, sponsored by the Worshipful Company of Constructors. There was however, a surprise announcement for another of the teams during the announcement of winners.

“Design and Conquer were well-organised from the start,” says Teambuild chairman Patricia Bessey. “All of the individuals on the team were confident and we felt, could have led the team. They gelled well and their solutions and presentations were excellent.”

“This year, however, we felt the need to add an extra prize for Most Improved Team. Tetris, whose young members came from Mott MacDonald demonstrated such a degree of fast learning and excellent response to feedback that all the judges felt we had to acknowledge their hard work and talent when it came to the prize announcements.”

The Procurement Prize – £1,500, sponsored by the Worshipful Company of Chartered Architects was awarded to Team Root from BDP.

Martha Andrews, an interior designer from BDP, who was also part of Team Root,was awarded the Leadership Prize of £500, which was sponsored by the Commercial Education Trust

“We felt Martha had real sparkle,” says Patrica Bessey. “As judges, we all noticed that she was able to pull her team together in a way which was gentle and subtle. We also noticed that her team listened to her and were happy to do as she suggested. She has a real aura and confidence about her and it’s clear she is destined for greater things.”

As well as our sponsors, Teambuild would like to thank Milton Keynes Council, Cranfield University and Malcolm Reading Consultants for kindly allowing their MK:U project to be used as the project scenario for Teambuild 2019.

Share this
Register for Teambuild
Tell me more about Teambuild

Sponsored and supported by