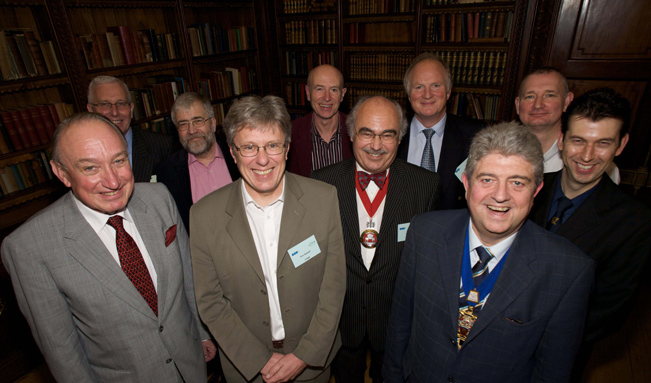 Do you know what makes TeamBuild really great? Our fantastic team of TeamBuild judges who assert their skill and expertise to judge each team on their performance during our unique training event.

TeamBuild 2014 is based on the prestigious Eastbourne Terrace in Paddington, London W2, which is a high-profile, world class office development that is the ideal base for our participants – and for our judges to observe and assess the whole process. Our thanks to Wates (the contractor) and Land Securities (the client) for offering us this great site. Kirk Wilde, the scheme architect from Fletcher Priest, will be joining us as one of our judges at the weekend!

Here are just a few of our prestigious TeamBuild judges:

Kirk Wilde was born in Zimbabwe in 1974 and settled in the UK where he completed his studies as an Architect in London. His work experience covers a range of sectors with particular focus on commercial and high end residential. Including others, Kirk has worked with Lifschutz Davidson Sandilands and Fletcher Priest Architects, where he is currently a Project  Architect on a large scale office and retail development in Paddington.

Anne McCann, BSc (Hons) FRICS, is Managing Director of West Quarter Consulting Limited, which provides project management services to private and public sector clients. She has worked on a diverse range of projects and has extensive experience in the private, public and voluntary sectors.

Anne is a past Chairman of the RICS Project Management UK Professional Group Board and was Lead Author of the RICS’s Development Management Guidance Note. Since 2012, she has been reading for a Professional Doctorate in Built Environment at the University of Salford.

At the end of October 2013, he stepped down as External and Parliamentary Relations Director for High Speed 2 Ltd, the UK’s new national rail network, with plans for Phase One of the project ready for submission to Parliament for approval. Since the spring of 2012, he has led on all stakeholder engagement and consultation along the planned 350-mile route, plus all external and parliamentary relations for the £42bn project.

Between 2006 and 2011, he was Corporate Affairs Director at Crossrail Ltd (CRL), responsible for CRL’s community, stakeholder and media relations and communications programmes for London’s £15bn Crossrail project. He stood down as Director in April 2011 following corporate restructuring, and continued to advise the Crossrail Chairman on corporate affairs issues. He is also on the Crossrail Art Programme to integrate art into all the central stations.

Mr Leeks joined CRL from the North of England Refugee Service, where he was Operations Manager between 2003 and 2006. This followed five years as a senior consultant in the UK and Hong Kong.

He was also formerly a Director at the Hong Kong Airport Authority where during the construction and opening of the new airport, he led the authority’s external relations team in its relationships with Government, the Sino-British Joint Liaison Group, the business, travel and tourism sectors, and political and community groups from 1992 to 1998. He has also held various senior roles within the Hong Kong Government, and in the UK’s Foreign & Commonwealth Office.

Richard Rooley FREng, FCIBSE, PPASHRAE (Trustee). Past President on ASHRAE and Fellow of CIBSE, Richard has had a distinguished career in Mechanical Engineering and also latterly as an expert Witness. Teambuild was Richard’s brainchild over 20 years ago, and he used his extensive industry contacts and endless energy to get this competition off the ground. His influence within industry has only grown and he remains our greatest champion – and an excellent contact for any young engineer.

Chris Richards, CIOB (Trustee) has judged Teambuild for a number of years, and brings his extensive judging experience from the CMYA (Construction Manager of the Year Awards) to our competition. Chris is well known throughout the contracting and construction industry, and a core part of the CIOB, as one of our key sponsors

Richard Schofield (Trustee) is a proud northerner, and the proof that RICS committee’s are not London-centric! He has promoted the competition amongst QS and PM sides of the industry, and last year became an honorary fellow of the APM. His interests in collaboration and in the imaginative re-use of historic buildings bring a great mix to our Trusteeship. Richard is also Chair of Judges.

Without our TeamBuild judges, our event would not be possible – so, we would like to thank them for helping us make TeamBuild the amazing event that it always is and for finding our worthy winner, year in, year out.

If you like the sound of TeamBuild but didn’t register this year, don’t worry – TeamBuild 2015 will be here sooner than you think, so keep your eyes peeled! For now, we hope you enjoy following TeamBuild 2014 – and don’t forget to check in next week when we announce our finalists!

We look forward to seeing you next year.

Share this
Register for Teambuild
Tell me more about Teambuild

Sponsored and supported by